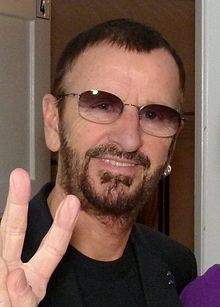 Beatles drummer Ringo Starr has been knighted for his services to music.
The Duke of Cambridge bestowed the honour on the Liverpool-born star at a ceremony at Buckingham Palace.
"It means a lot actually," the musician told the BBC. "It means recognition for the things we've done. I was really pleased to accept this."
The honour comes 53 years after the Beatles were all awarded the MBE - and Starr said he had missed his bandmates' companionship this time round.
"I was a bit shaky today on my own," he said.


During the 1960s Ringo Starr could do no wrong as the drummer with the Beatles. But following the split of the group Ringo really had only a modest chart presence in the 1970s.

Ringo was born in Liverpool in 1940 as Richard Starkey and in 1970 released his two solo albums called Beacoup Of Blues and Sentimental Journey which was partly produced by a very young Quincy Jones.

Only one single became a hit in the UK and that was Back Off Boogaloo, which was a swipe at his Beatles colleague Paul McCartney or was it just a song he wrote after being inspired by Marc Bolan of TRex. The truth is out there.

Two more hits made No. 1 in the U.S. did very well in the UK charts too. The was written by Ringo and ex Beatle George Harrison and came from the album Ringo.

The second hit single was  You're Sixteen which was a hit prior in 1961by Johnny Burnette. The lyrics are a little provocative when you listen back with 2013 ears. Ringo was also romantically linked to Lynsey De Paul. 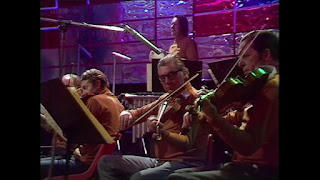 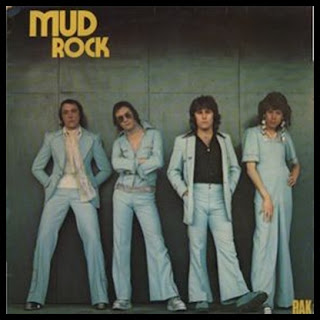 Article about Mud
The 1970s culture of glam rock, had one of its biggest groups in the band MUD, who had a huge hit with this song, it has entered the British charts numerous times and is played as a Christmas classic.

Written and produced by Chapman and Chinn, it certainly has the Elvis style of singing from the lead singer Les Gray (died in in 2004 at the age of 57) and drummer Dave Mount killed himself in 2006.